The Somfy Telis 4 remote has 4 buttons (not inclusing the reset button on the back) and 4 LEDs to indicate the channel. 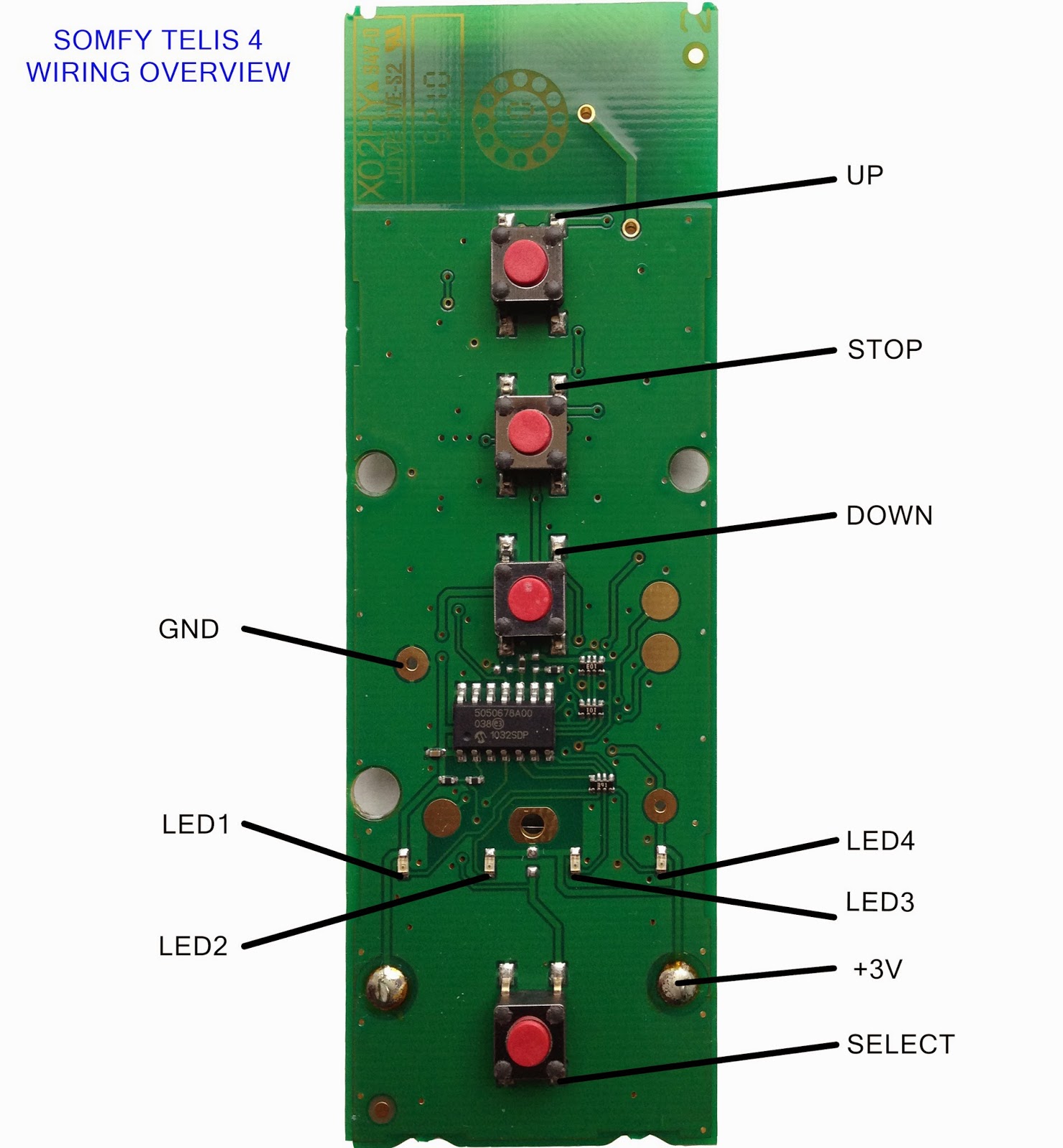 Each LED is wired to +3V and to the circuit on the board. To let the Arduino know which channel is selected, we are going to measure the voltage between GND and the points marked with LED x. When the LED is not blinking it will read +3V, but when the LED is blinking it will drop to about 1.39V and the LED takes 1.91V.
We need to solder 5 wires to the board (in the diagram: +3V, LED1, LED2, LED3, LED4).

I took an old IDE computer cable that I had lying around for the wiring. I removed the battery from the remote, because it will be powered from the +3.3V output on the Arduino. See the final result below. 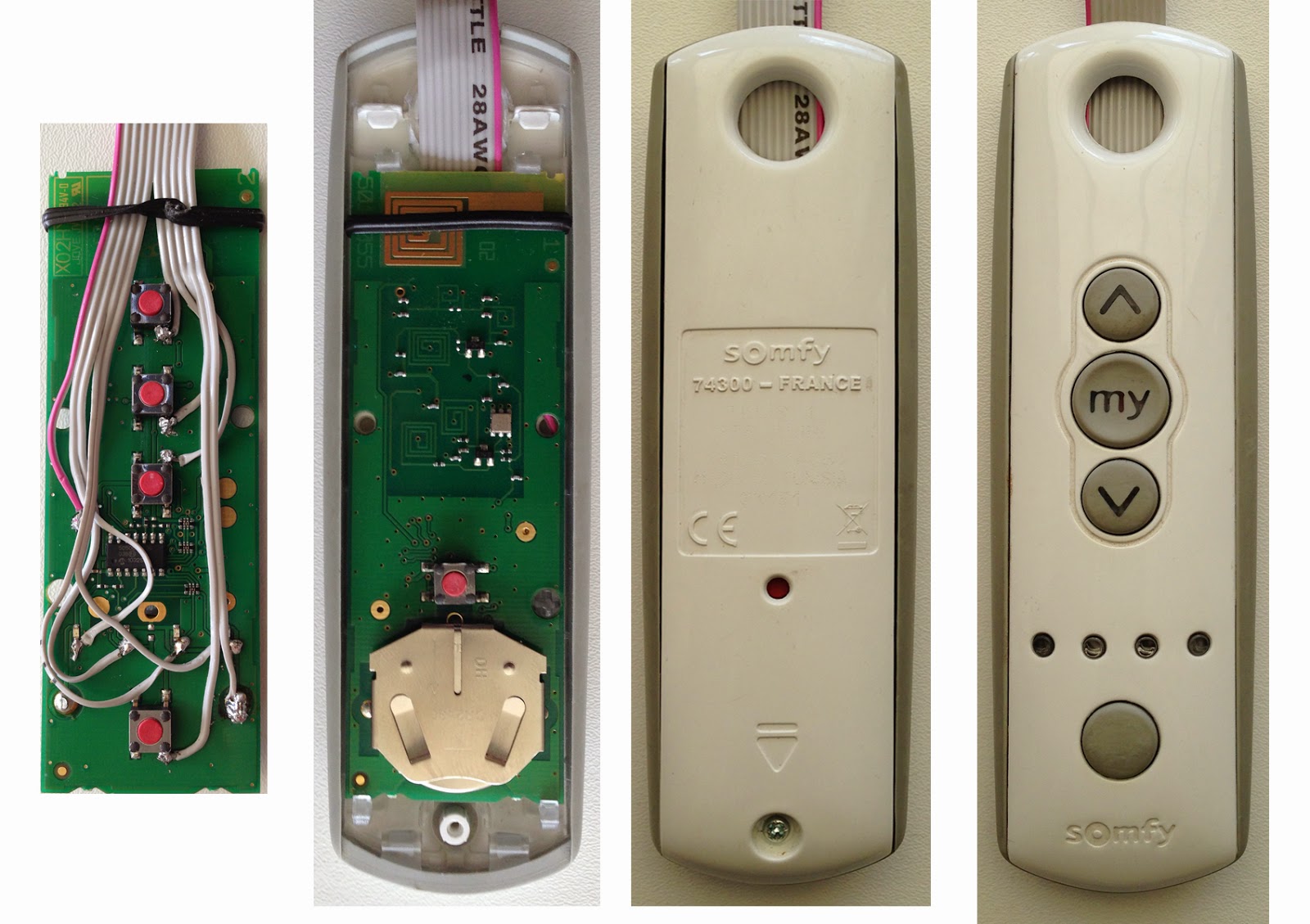