A lot has happened since my previous blog. The Somfy controller is operational and is controlled by the VeraLite!

A summary of what I did: 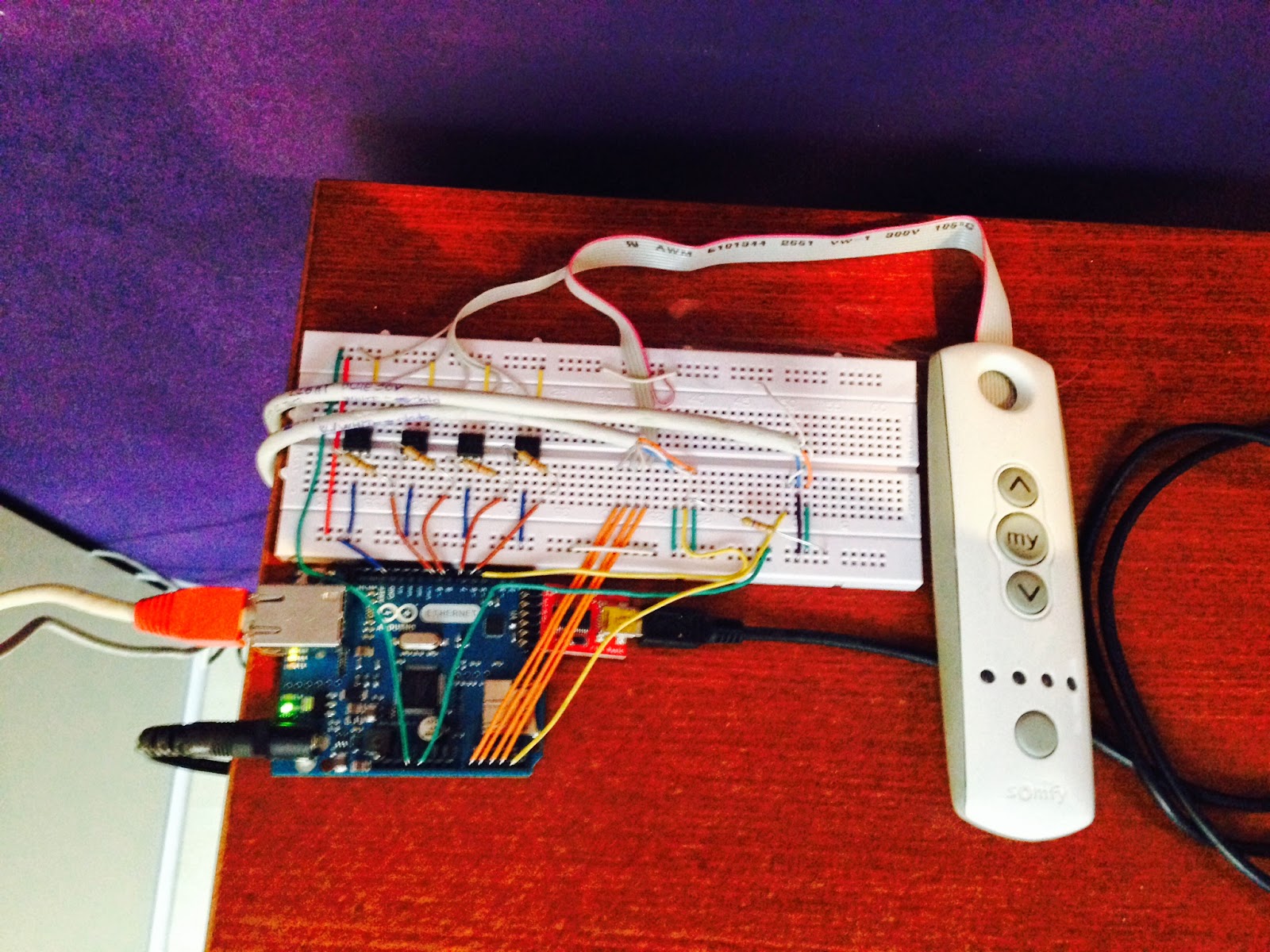 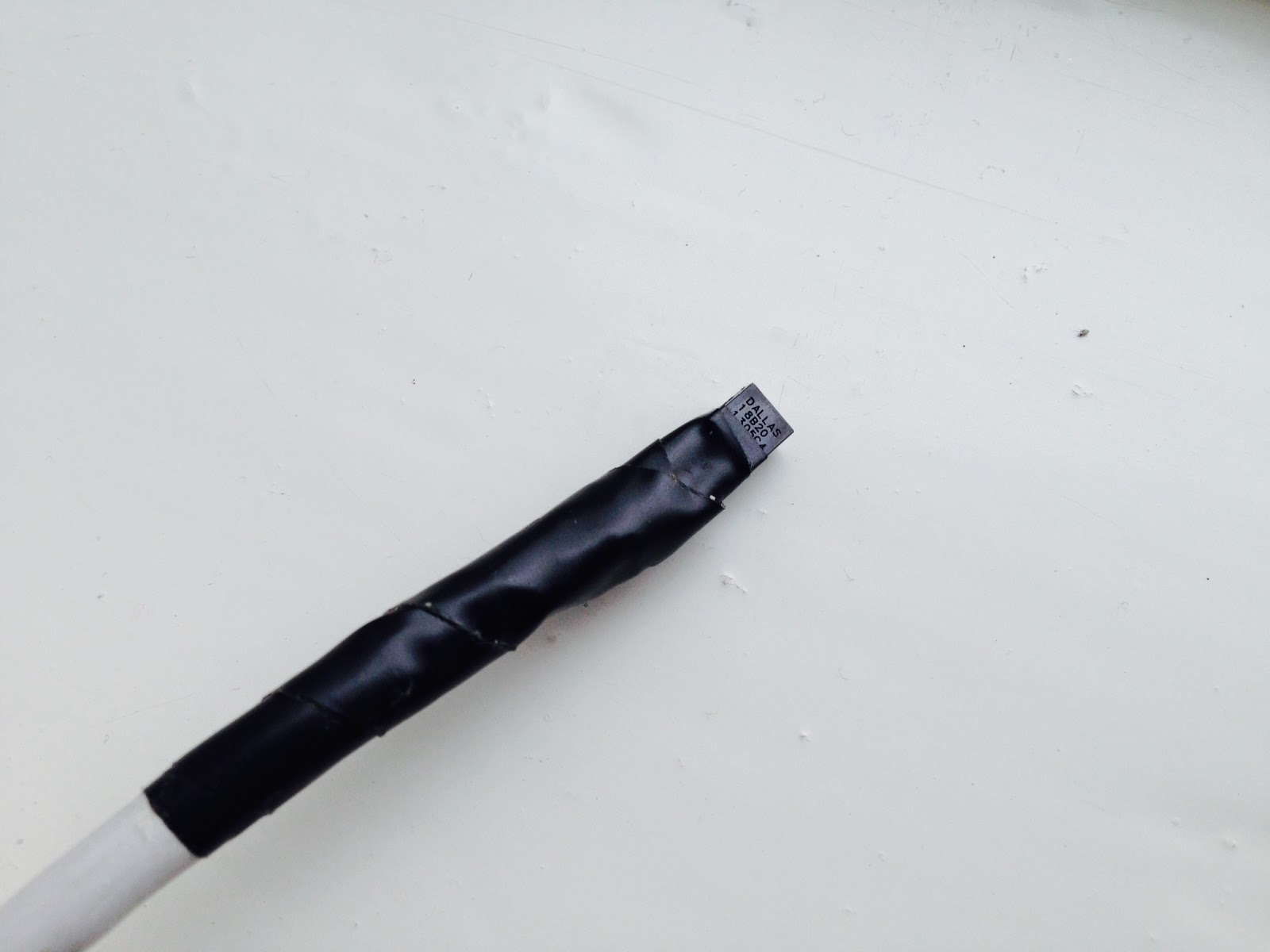 I uploaded the latest Arduino code and Vera plugin here

I'm still working on the automatic control, but already added the control of one of the blinds (roof of conservatory). The logger really helped in determining the values for automatic control. When the average light level is higher than 25000, I close the blind and when it drops below 10000 I open it.


See samples below. The graphs for "Tuin_Temp" (outside garden temperature) and "Serre_Temp" (temperature conservatory) are not measured by Arduino, but Zwave devices (4-1 multisensor). 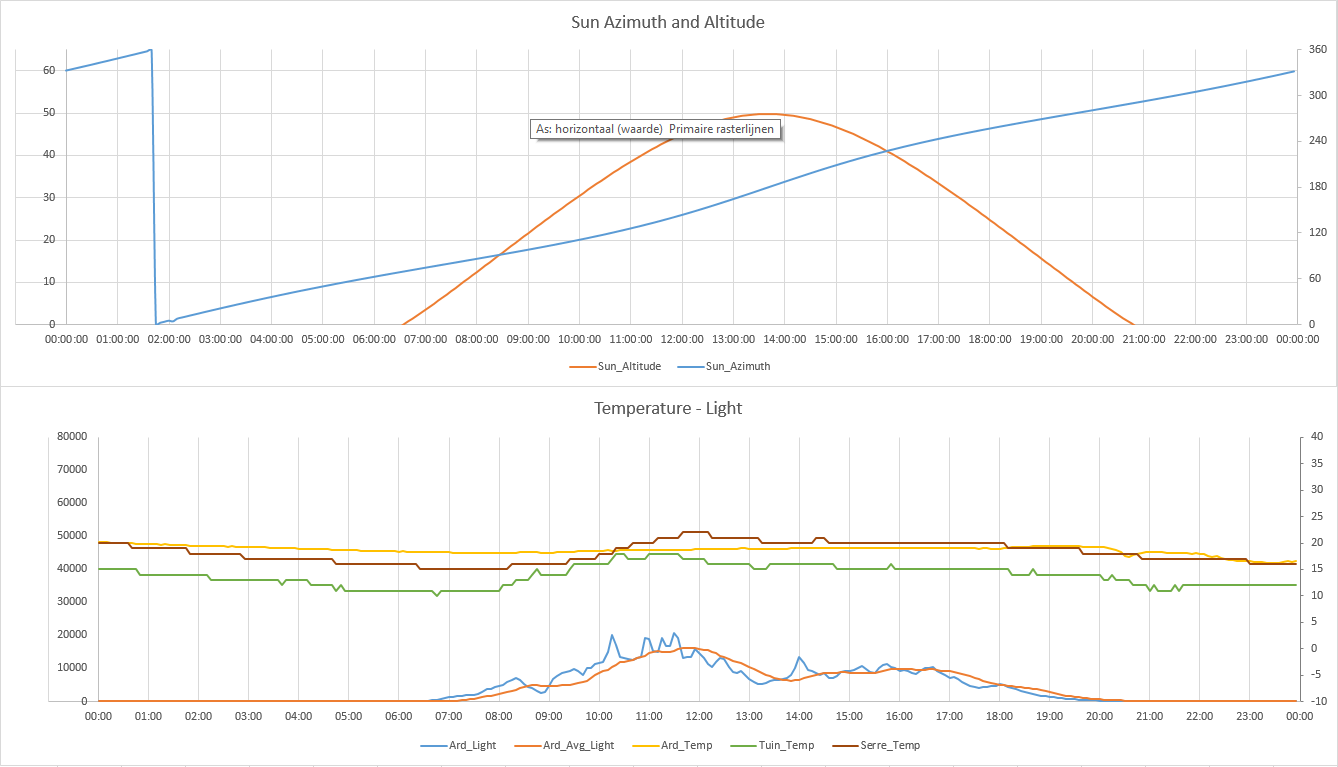 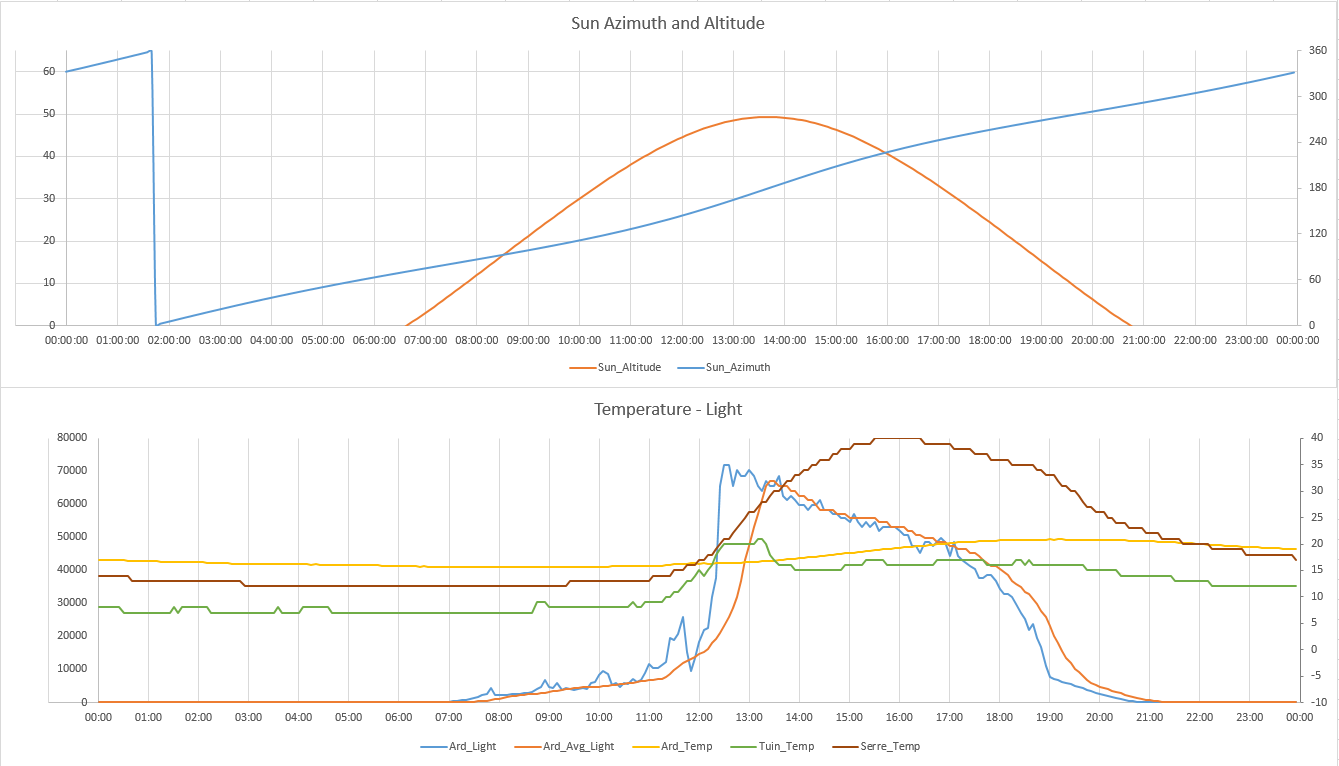 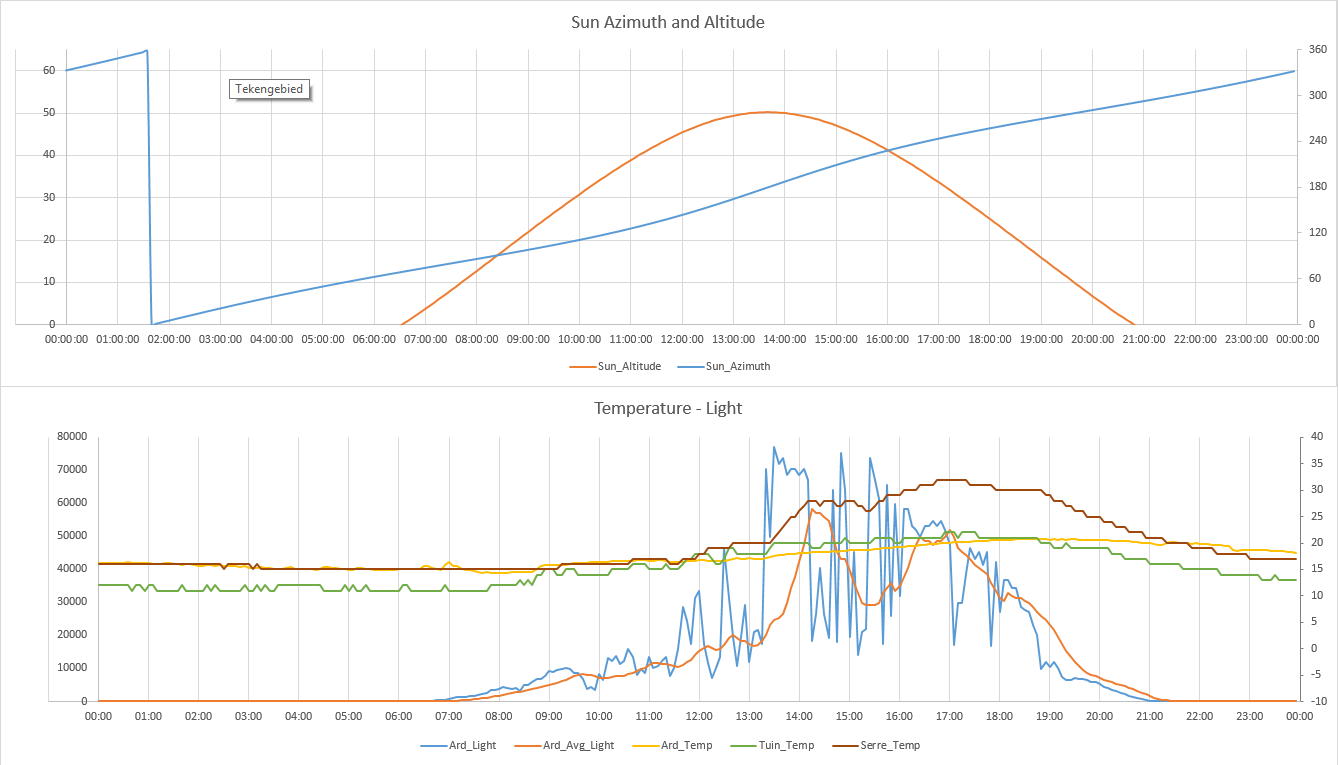